Dholera Special Investment Region (DSIR) is one of the first and the biggest of the eight manufacturing cities to be developed under Phase-I of the Delhi Mumbai Industrial Corridor and is planned to be the first and largest smart, sustainable “greenfield industrial smart city” located approximately 100 kms south of Ahmedabad to cater to a population of two million, employing over 8,00,000 by 2042. Dholera SIR spanning approximately 920 sq km, encompassing 22 villages of the Dholera Taluka in the District of Ahmedabad, is envisaged to be bigger than the city of Ahmedabad. It is strategically located between the industrial cities of Ahmedabad, Baroda, Rajkot and Bhavnagar

It has been notified under the National Investment and Manufacturing Zone policy and obtained environmental clearance in August 2014.

The 920 sq km of the Dholera Industrial City area has a total developable area of about 580 sq km since one third of the area falls within the Coastal Regulation Zone (CRZ) boundary where development is restricted and is as per CRZ norms. Out of the 580 sq km the prime agricultural land has been preserved and a total area of about 422 sq km has been set for urban development, which has been translated into six town-planning schemes and will be developed in three phases over a period of 30 years. 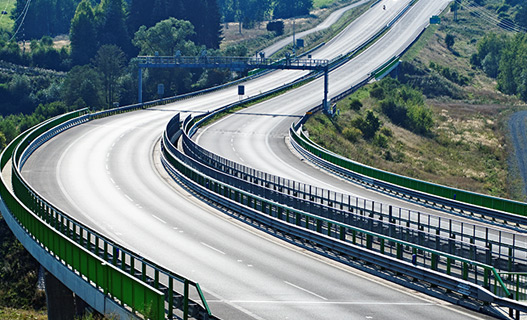 The Dholera Special Investment Region Development Authority (DSIRDA) has the responsibility of planning and development of DSIR and will encompass the function of administering government land within DSIR. An SPV named Dholera Industrial City Development Limited (DICDL) has been created between the Central Government (DMICDC Trust) and the State Government (DSIRDA) of Gujarat to implement the project.

Defence, Aviation, Electronics, High-Tech emerging technologies, Pharmaceuticals & Biotechnology, Heavy engineering, Auto & Auto ancillary, General Manufacturing, Agro & Food processing, Metals & Metallurgical products, etc. are the sectors identified with a high potential for Dholera Industrial City among other sectors. DSIR will be home to non-polluting industries, promoting a clean, green and sustainable urban development, which can contribute to the growth of the region and India.

Various aspects of the entire city have been pre-planned with the vision of providing a safe & secure environment, a focus on sustainability and open green spaces. Dholera will have dedicated & shaded walkways and cycle tracks that connect the various nodes within the city.

All Services including potable water, recycle water, waste water collection, storm water and effluent collection networks doing with power distribution and ICT infrastructure are underground. There are dedicated spaces for street utility boxes and telecom towers to keep the walkways and public spaces clear. There is 100% recycling of waste water. Digital infrastructure through the City and the Integrated Operation Centre (CIOC) will help the city management in making and taking quick decisions.

Dholera is connected by existing rail, road and air networks with rest of the world. Its proximity to India’s major ports makes Dholera, the most viable option for all kinds of Industry. The regional connectivity is enhanced by a 6-lane expressway from Ahmedabad to Dholera and the Metro Rail along with the expressway will further reduce the travel time to 45 minutes from Ahmedabad to Dholera. Dholera International Airport is ready for implementation.

Dholera is the first city in the world to hold the title of being a PLATINUM RATED GREEN CITY, accorded by the IGBC. A blanket environmental clearance from MoEF has been granted for the entire city of 920 sq km, which is again unique and the first-of-its-kind in India.